Can cystic fibrosis be inherited? Yes, it is a progressive, genetic disease that affects the lungs and digestive system. The body produces large amount of thick, gum like mucus that can jam your lungs and cause pancreatitis.

There is cure of cystic fibrosis. But according to the recent improvements in technology, people with cystic fibrosis tend to live up-to 40 years and beyond. 75% of the new diagnosis are children under the age of 2. 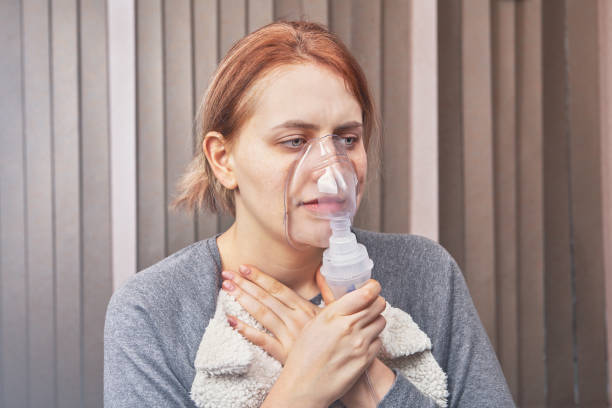 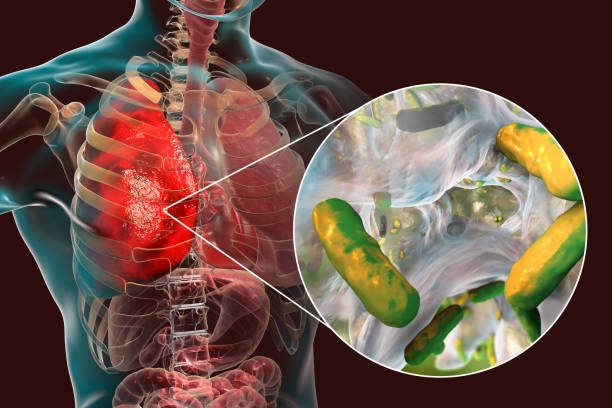 How is Cystic Fibrosis Diagnosed?

The production of mucus clogs your lungs. It causes difficulty in breathing at times.

Moreover, the presence of thick sticky mucus provides a space for germs to grow and multiply. This can often lead to serious infection and organ inflammation.

It can in turn cause damage to your lungs and even respiratory failure.

The common symptoms of cystic fibrosis include,

Cystic fibrosis can cause blockage of your lungs, which increases the chances of developing more frequent infections. Therefore, the major concern in people with CF is to reduce the chances of contact with germs.

It can also increase the risk for diabetes and osteoporosis.

Cystic fibrosis is a hereditary disease which means it can be passed on from parents to their children. In some cases, you have to receive the defective gene from both parents to acquire the disease.

Code for the protein that maintains the balance of water and salt in the body (including lungs and pancreas), i.e. CFTR protein is missing in the defective gene.

The water-salt balance is disturbed in CFTR protein which causes low amounts of water and salt outside the organs, producing thick, gum-like mucus.

People with one copy of defective genes, also called recessive genes, are only carriers of the disease. They do not carry any symptoms or conditions related to it. Such diseases are also known as autosomal recessive.

In order to have the symptoms of fibrosis, it is a must for both parents to be carriers.

Chances of Having Cystic Fibrosis

A child with both parents as carriers has the following possibilities,

Other than what causes CF, it is important to know what CF does to you. Thick sticky mucus is produced in this disease which can cause damage to lungs, pancreas and other organs of your body.

This gum-like mucus can also block the bile duct which can lead to liver disease in some.

Fibrosis can also affect the ability to have children in men. However, it doesn’t affect the sexual development of either men or women.

How is Cystic Fibrosis Diagnosed?

Its early diagnosis helps in your early treatment; important for a more healthy and balanced life.

The defective gene in cystic fibrosis has a minor abnormality also called mutation. Currently, the number of known mutations of CF are 1,700.

Genetic tests are done to find out the mutations but generally, screening for cystic fibrosis screens for a few common mutations. So they can sometimes fail to detect a mutation. Therefore, the tests can be misleading in some cases.

Diagnosing fibrosis sometimes includes a series of tests. It may include a screening of newborns, sweat test, a genetic test, and a detailed assessment for cystic fibrosis.

Mostly it is diagnosed by the age of 2 while some are diagnosed as adults. The doctor who has a specialization in cystic fibrosis carries out required tests and further recommends tests if needed. Testing for Cystic Fibrosis include:

The newborn screening includes taking a sample of blood from the newborns and screening it for the presence of CF. This is useful to tell if the baby needs any further investigation or he/she is healthy.

Sweat chloride test is useful in diagnosing cystic fibrosis. It involves collecting samples of sweat to assess the increased percentage of salt. The test usually involves the production of sweat by using certain chemicals.

It involves the usage of pads or papers to collect sweat and assess it later. The higher levels of salt than usual indicate the presence of cystic fibrosis.

Carrier test often called genetic tests, involve the analysis of cheek cells or a blood sample. The tests usually indicate the presence of the carrier CF gene. But they are also useful in confirming the diagnosis after the doubtful sweat test.

The sputum test involves collecting a sample of mucus. It can also help in identifying the existence of infection and tell about the type of germs.

It can also help in determining the use of antibiotics to treat CF.

Chest X-ray can be very helpful in finding blockages in the lungs and the swellings caused by it.

A CT scan can be very helpful in assessment using detailed images of the lungs and other organs from different directions. It helps your doctor to check the damages caused by this disease to other organs.

Lung capacity, also called pulmonary function test, assesses the problems during inhalation and exhalation of air. It also assesses the ability of the lungs to distribute oxygen to other body parts. Any problems in lung capacity can indicate the presence of this illness.

The incidence of cystic fibrosis is 1 in every 15,000 births in the United Arab Emirates. A severe clinical presentation co-occurs with the disease.

If we look at the incidence of CF globally, more than 70,000 people have cystic fibrosis and 1000 people are added each year. More than half of this population is 18 years or older.

The severity of fibrosis varies from one person to another. Therefore, regardless of using the same treatment plans, they can be changed according to your personal needs.

The people having CF and their families know more about the problems caused by it and how it affects their day-to-day life.

Therefore, the patient, family and doctor can work as a team to choose treatment plans that are suitable to their personal and health goals.

Although there is no definite cure for CF but you can relieve your symptoms and the chances for complications by using different available treatment options.

People with cystic fibrosis are now living longer and happier lives than before. All the credit for it goes to the new treatment options and improvement in CF care.

Most people after transplant, report a improved health and energy levels and lack of symptoms of coughing and breathlessness.

Chest physical therapy helps in getting rid of the excess mucus from the lungs and makes it easier for you to cough. It is preferably repeated 4-5 times per day.

A common technique involves clapping with cupped hands on the side of your chest to improve the airflow though lungs.

The effects of fibrosis are highly subjective which depend on different factors such as the age of diagnosis, overall health, quality of life and the duration of disease.

Improvements in the treatment and medicines over the past few years have added more years and better health to the life of people with cystic fibrosis.

If we compare the past cases of CF, a child could not live through his elementary school years. But now, due to these improvements and different clinical trials individuals live through their 30’s and 40’s.

Routine therapies and a healthy lifestyle aids people in living an active life.

If you found this article informative in any way, please feel free to share. Give your valuable suggestions and feedback in the comments sections below.