Meningitis is an infection of the membranes and fluid around your brain and spinal cord.

It is usually caused by a virus but bacteria, parasites and fungus can cause meningitis too.

It can get serious if not treated timely. 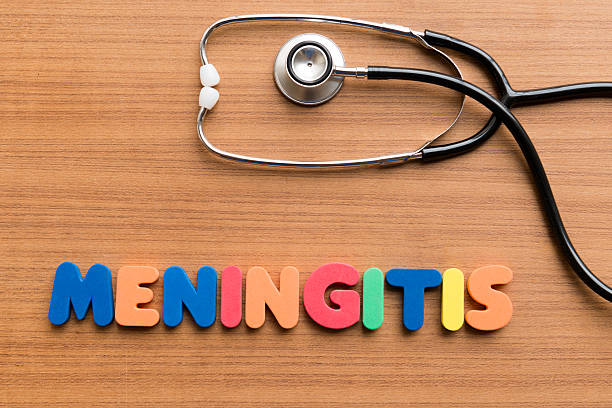 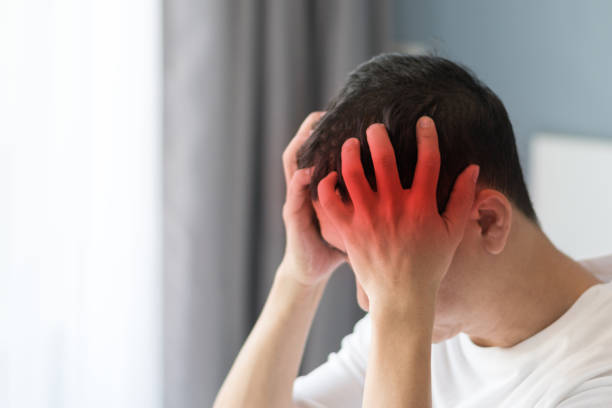 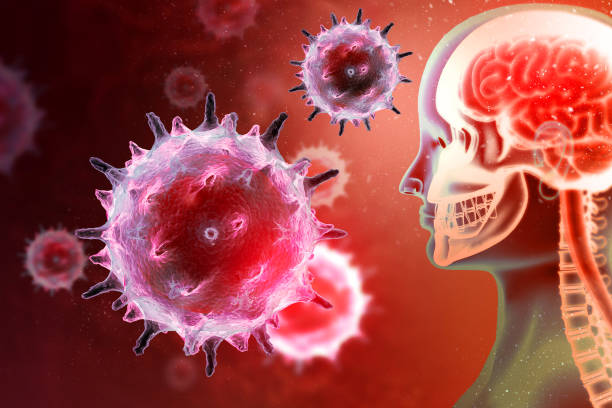 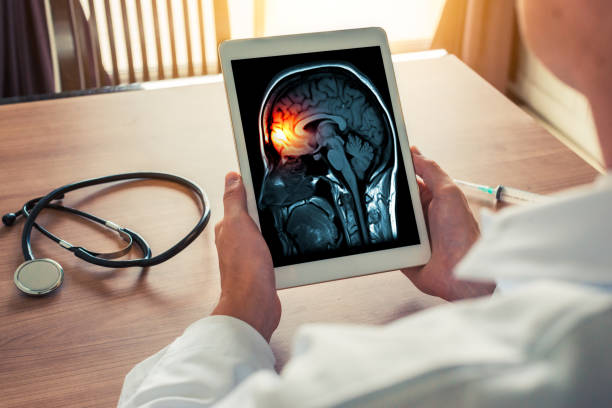 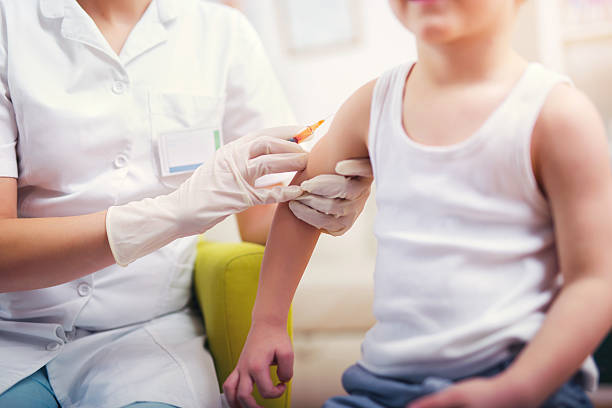 The inflammation of meninges and surrounding fluid causes Meningitis.

Meninges are three membranes around the brain and spinal cord.

Symptoms of meningitis resemble that of flu.

However, symptoms may differ according to the type of the disease.

Adults may experience symptoms like sleepiness, fever, headache and vomiting.

They will have less appetite, suffer from lethargy, may get sensitive to bright light also have seizures and neck stiffness.

Sometimes a skin rash may also appear but it is not common.

Bacterial Meningitis can be more severe than viral meningitis.

However, you may also have a disturbed mental state, experience irritability and have purple bruises on the skin.

Bacterial Meningitis in children is not as common but is dangerous for young children.

You will have a fever, headache and experience confusion and disorientation.

They will also have less appetite and fever.

Infants will have difficulty waking up and will cry excessively.

They may also develop a bulge on the soft spot (fontanel) on their head.

They will also have a stiff body and neck.

Infants may cry more when they are comforted.

Symptoms develop either suddenly in a few hours or in some days.

They all may not develop at once but over time, one after another.

Bacterial and viral forms can be fatal.

Therefore, pay immediate attention if you experience such symptoms and get medical care because this disease kills 500 people annually in the United States.

The most common infections are viral and then bacterial.

It is contagious and can spread through sneezing and coughing also through sharing utensils.

Bacteria enter the bloodstream and can travel to your brain and spinal cord.

After an ear or sinus infection or a skull fracture, bacteria can also directly invade the meninges.

Streptococcus pneumonia causes ear and sinus infection alongside pneumonia which can infect the meninges.

It is the most common reason behind bacterial meningitis.

Listeria is a bacteria found in unpasteurized cheese and hot dogs.

Pregnant women and infants alongside people with weak immunity are more at risk.

In fact, it can also cross the placental barrier. This leads to infections in late pregnancy which can be lethal for the baby.

Meningococcus results in an upper respiratory infection as well as meningococcal meningitis. This is a highly contagious infection.

It causes small epidemics in dormitories and military bases.

A vaccine and oral antibiotic can help prevent the spread.

Haemophilus used to be a leading cause of bacteria but new vaccines have reduced its spread.

Viral Meningitis is usually caused by a group of enteroviruses. These are more prevalent in late summer and fall.

However, other viruses like Herpes simplex virus, mumps virus and HIV can also result in this condition.

Viral type is mostly mild and goes away on its own.

It is comparatively uncommon but is caused by breathing fungal spores.

These fungal spores are found in soil, droppings of birds and even wood.

It mostly affects people with weak immune systems and existing conditions such as AIDS.

Fungal Meningitis is not contagious however, should be timely treated with anti-fungal medicine.

Otherwise, it can be life-threatening. Although, it may recur even after medication.

Parasites that cause it actually infect animals.

Humans are infected when they consume contaminated food with parasites.

It is not contagious but certain types can be fatal.

Amoebic meningitis is lethal. It is caused by swimming in freshwater.

Eosinophilic meningitis occurs due to tapeworm infection and cerebral malaria.

However, Parasitic Meningitis is very rare.

Chronic Meningitis and Other Causes

Mycobacterium tuberculosis, fungi and other slowly growing organisms can invade the meninges and fluids.

They cause chronic meningitis which lasts for about 2 weeks and more.

The symptoms are the same as acute meningitis.

However, this infection may also result due to noninfectious reasons.

These include exposure to chemical reactions, drug allergies, inflammatory diseases and cancer.

People carry the virus or bacteria in their nose and throat and can spread to others when they are not ill.

Anyone not vaccinated is at risk of this infection.

Viral meningitis is common in children under 5 and bacterial one is prevalent in people under 20 years old.

There is a risk of listeriosis in pregnancy. Listeria monocytogenes bacteria causes this infection which affects the baby.

This can result in miscarriage and stillbirth.

People with weak immune systems are at a greater risk.

Therefore, you should get vaccinated immediately and getting a routine vaccine is necessary.

Moreover, people living together in hostels and boarding schools are at a greater risk of meningococcal meningitis.

This is highly contagious and spreads through the respiratory route. It usually causes local epidemics.

You need to get treated timely. Otherwise fatal complications develop.

These include permanent neurological damage such as:

Your doctor will check your medical history, take a physical exam and go for diagnostic tests.

They will most probably look for signs of infection in your nose, throat, and around the head and ears.

Your doctor may take a blood culture to test for bacteria or use imaging to look for inflammation.

A blood sample is put on a petri dish to observe its growth. They may also stain it to look for the presence of bacteria under a microscope.CT and MRI scans will show swelling and inflammation in the head.

You may also get a chest or sinuses MRI and CT scan to check for infections.

For a definite diagnosis, you will require a spinal tap.

A spinal tap collects cerebrospinal fluid. The infected CSF is low in glucose and has higher white blood cells and proteins.

Moreover, it identifies the specific bacterium that caused it.

Treatment differs according to the type.

Vaccines and antibiotics are available as treatments.

You should get treated for bacterial infections immediately as they pose a greater threat.

These ensure that there is no brain swelling and complications like seizures.

They are given immediately after your doctor diagnoses bacterial infection.

The combination and type of antibiotic depends on the type of bacteria. If your doctor is not sure about the type, they may give you a broad-spectrum antibiotic.

Furthermore, your doctor may also drain any infected sinuses that can reinfect you.

Corticosteroids may treat noninfectious meningitis. It is caused by an autoimmune disease or allergic reaction.

Meningitis from cancer requires therapy specific to the type of cancer.

Viral meningitis usually cures on its own.

Your doctor will advise you to take bed rest. Also, take lots of fluids to prevent dehydration.

Moreover, you will get over-the-counter medications to lessen fever and body aches.

Noninfectious meningitis may also go away on its own after taking rest and waiting.

People with AIDS and sickle cell disease should get the vaccine.

Young adults, people over 65 and children over 2 years old are recommended the Pneumococcal polysaccharide vaccine (PPSV23).

This protects you against pneumococcal bacteria.

People with weak immunity and chronic diseases should get the vaccine.

Pre-teens aged 11 to 13 get the Meningococcal conjugate shot. A booster shot is administered by 16 years of age.

People who have not been vaccinated before, get this vaccine too.

Meningitis is contagious and spreads easily.

Sneezing, coughing, sharing toothbrushes, cigarettes and crockery can spread it to another person.

You should wash your hands regularly. You should also teach your children to meticulously wash their hands.

They should maintain proper hand hygiene, especially after using the washroom and before eating.

You should cover your mouth when you sneeze and cough. This is one way to prevent meningitis through close contact.

You should never share your toothbrush, straws and lip balms with anyone else. Avoid sharing your utensils and drinks as well.

Moreover, keep yourself healthy by eating a good diet and exercising regularly. This strengthens the immune system and keeps you fit, active and healthy.

A pregnant woman can get listeriosis. You can prevent that by cooking your meat at 165 degrees Fahrenheit.

Meningitis can lead to serious complications if not treated promptly.

Therefore, if you undergo similar symptoms to those discussed before, do not wait and get checked timely.

This infection is curable and treatable so do not wait on it.